Why isn’t the conversation flowing?

If you’re struggling with dead-end dating conversations, there could be a few reasons that this is your experience.

It could be that the person you’re talking with isn’t interested you. But the reasons behind this frustrating conversation could be much deeper than that.

“She may have social anxiety. Or she may just not have very well developed conversation skills or be inarticulate,” one Reddit user suggested.

“She might be following some bad dating advice and is trying to play it mysterious. She may have been bashed in the past by someone she was interested in before who said she talked too much.”

What’s the recipe for a two-sided message conversation?

“She’s not interested because literally every guy she matches with asks the same boring questions,” one Reddit user said. “It’s irritating and gets old quick and makes checking your messages feel like a chore instead of an exciting opportunity. Be interesting and different!”

What does interesting and different conversation look like concretely?

“I always start off by asking guys if they like olives on pizza,” the same Reddit user continued. “It’s random, quirky, and stands out. I get better conversations than when I say something generic or asking about something on their profile.”Maybe you’re indifferent to olives on pizza yourself. But you can definitely pick something else that you have a strong preference about and ask the person about their preference. It’s a unique conversation starter!

It’s important to remember that these interesting ice breakers will not always ensure a heart, two-sided conversation. Sometimes there just isn’t any chemistry between the two of you.But beginning a conversation with a particularly unique question can definitely help the conversation along.

Dating On The Hollywood Scene 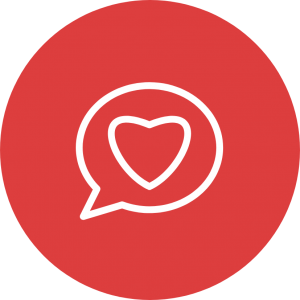